After spending nearly a week on Bowen Island, BC, Christine and I set off for someplace new-to-us: Homer, Alaska. When we came up with the idea of going back to Bowen, I wanted to try to use the opportunity out west to see some other sites. It’s hard for me to get back west while living in Berlin, and spring is the perfect time to go, in my opinion. Some of the ideas I floated were Banff National Park or Yellowknife, but Christine and I had talked about doing an Alaskan cruise in the past. We’re still not keen on getting on a cruise ship what with COVID, so I found us the next best thing: a bear viewing safari in a National Park.

After a little bit of searching, I found us a small cottage in Homer, Alaska. I knew nothing about the city, but it seemed like some good wildlife safaris ran out of there. So, with a flight from Vancouver to Anchorage booked, and a way-too-expensive car rental reserved, we set out for Homer.

Homer lies about a four hour plus drive from Anchorage. There’s really only one way into the city, but it is absolutely stunning. Route 1 takes you down around the Turnagain Arm of the Cook Inlet and winds through the Kenai mountains before finding its way to the flatlands along the coast. Once you hit the flatlands, you drive through a few dozen miles of burnt forest from the Swan Lake Fire.

Homer itself is a charming little city of about 15,000 people. It’s exactly as I expected, having grown up near a small city about that size. The photos of our cabin didn’t really do it justice. We had a view of the Kachemak Bay and a panorama of the nearby mountain range, including a direct look at the glaciers across the bay. 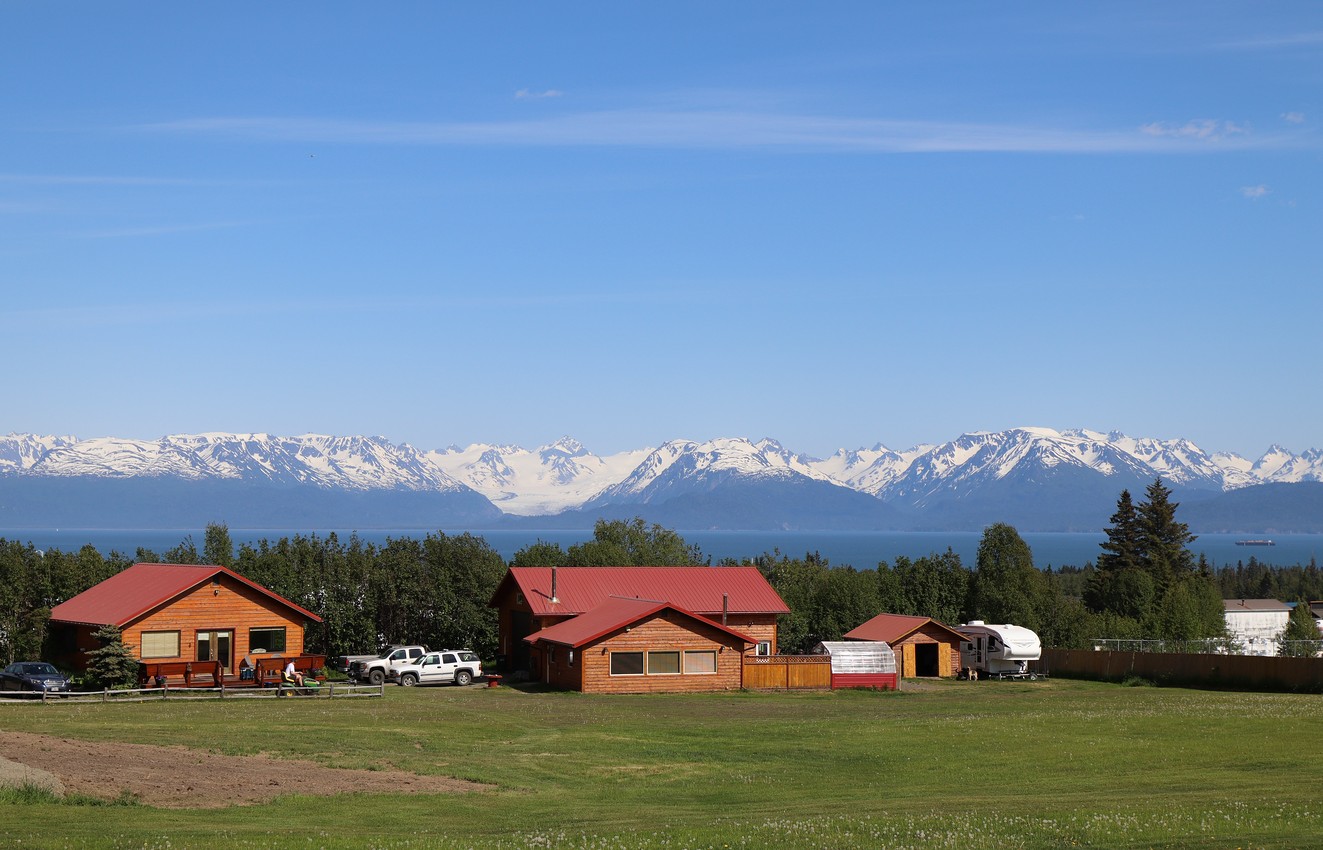 We arrived on Friday and spent Saturday exploring the small city, including the Homer Spit, a touristy but cute spot with some decent food. On Sunday, we woke up early and headed over to Beluga Lake, where we met the amazing folks from Alaska Ultimate Safaris. Can’t recommend them strongly enough. They were amazing, gracious guides and incredibly friendly.

We jumped in a small helicopter with another tour-goer, a woman who was on a mission to see all 63 US National Parks. I admire her completionism. Our guide flew the small, four seat helicopter about 40 minutes over the bay to Lake Clark National Park. Right as we landed, we saw two Coastal Brown Bears. This is the same species as the Grizzly Bear, as is the better-known Kodiak Bear, but the behaviors of these bears tend to be different.

This time of year, the bears like to eat the sedge grass that grows in the lowlands while waiting for the salmon to come in. It’s early in the mating season, and we watched as a female bear was trying to keep space from a pursuing male. At one point, the male came close enough to us that we could hear his breathing.

After a while watching them circle around, we headed off to another area only accessible by helicopter. I definitely suggest doing a helicopter tour, as floatplanes can only land in certain places and they tend to end up in larger groups together. After a short flight, we ended up near the Iniskin Bay. We landed behind a mountain and walked around to find a mama grizzly and her two cubs off in the distance. They kept their distance, though at one point mana bear turned and looked at us, and then she and her cubs decided to hurry off to make gap a bit bigger. We walked over to a small rock outcrop that overlooked a wide valley and saw bears everywhere. I never knew such places still existed.

As we departed, the pilot took us around Iliamna, an active volcano that releases a pretty steady steam cloud. The peak sits at about 10,000 feet altogether, and on its slops are incredible glaciers. 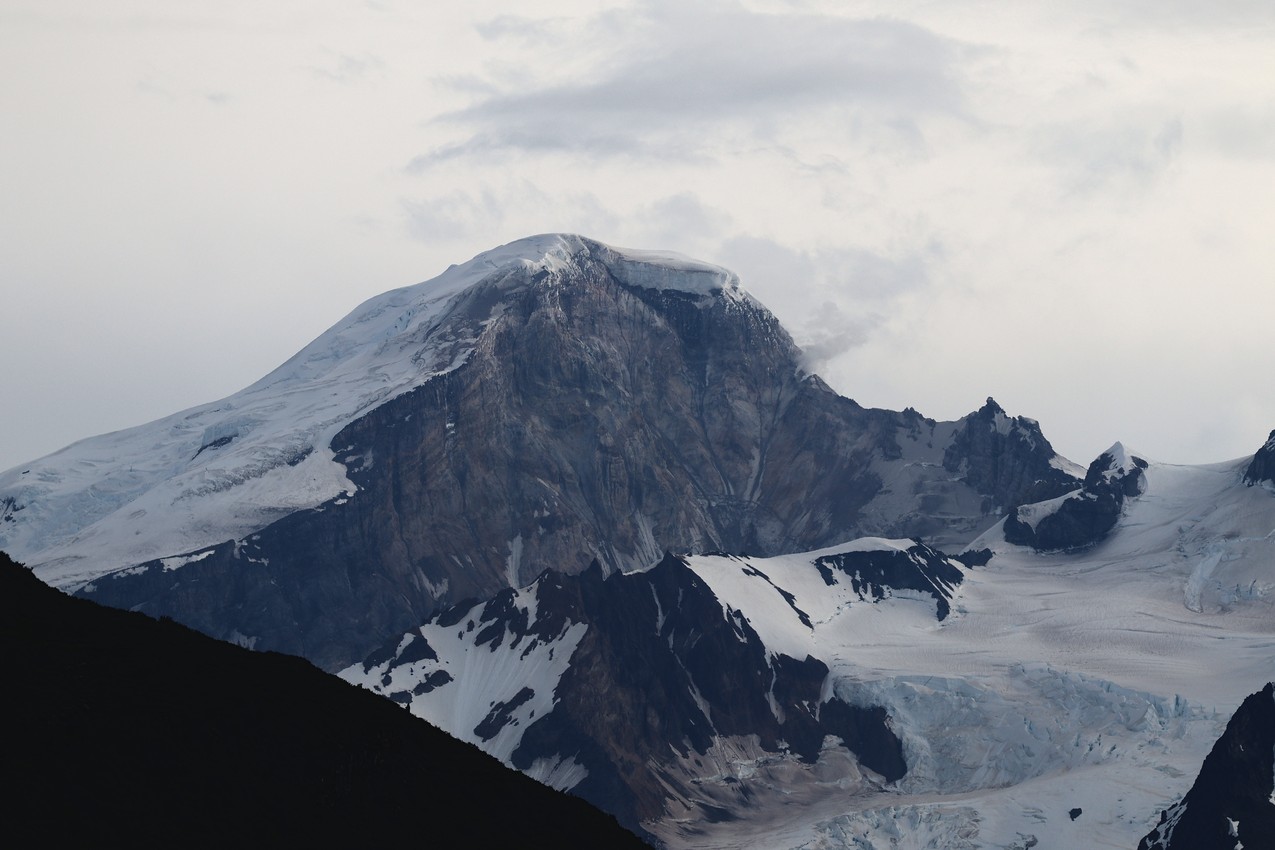 Altogether, this trip was amazing. Christine and I had an incredible time and cannot wait to go back again sometime in the future. Homer is hard to get to; you definitely need to want to come to Homer to end up there. As a result, the degree of obnoxiousness from fellow tourists is pretty low. There were definitely a lot of campers and caravans and a lot of people doing fishing tourism.

We spent a day in Anchorage on our way back, and survived a redeye from Anchorage to Newark. Alaska was definitely one of my favorite places I’ve been so far. If you want to see the rest of the photos, they’re in my gallery.

I learned nothing this week. Just Duolingo practice. Head empty. No thoughts.

No progress reading this week. The mountains told me all the stories I needed to hear.

I put another 3500 words or so into my book. It’s coming along nicely. I’m a little more than 1/3 of the way there. Right now, I’m working on my book proposal.

Back in Virginia, I am back to working remotely this week while trying to adjust my body back Berlin time. I’ve got a lovely week planned connecting with friends. Daily German classes are starting back up, and I’ll be really focusing on getting my B2 skills to a level of perfection before thinking about scheduling my C1 test.